Search suggestions
Engineering Blog, Upgrade your knowledge
Get an Instant Quote
Spacing it Easier to Get Things Done. 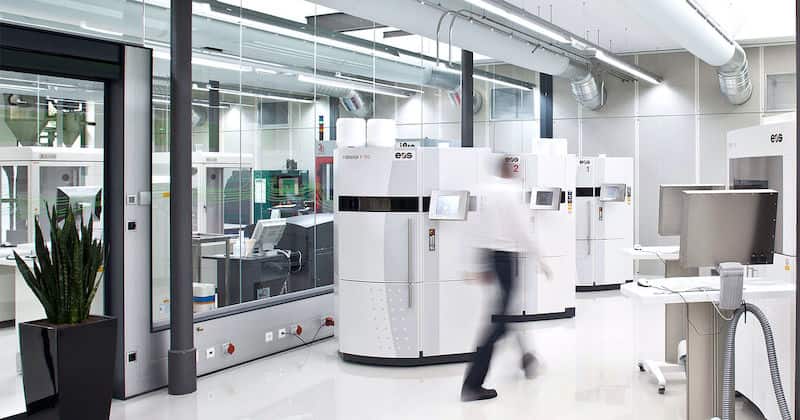 Technologies evolve with time, but the change involves a series of design and development procedures leading to prototyping needs. Whether it be a cellphone, a car, or even a tank, there is always a prototype development for early testing parts.

Since the consumer demands for variety have increased over time, every industry is competing in the fast production of parts. With time, the design and development process is speeding up, more compact, and technical designs are being developed.

This is why rapid prototyping is in good demand, and its use in industry has inclined with time.

But with the advancement in technology, prototyping techniques have also improved. Until a few decades back, prototyping used to be a difficult process.

There was no concept of the rapid fabrication of physical designs. Instead, the prototyping process used to take a lot of time. Later, in 1980, the rapid prototyping with Stereolithography (SLA) technique emerged and changed the way products were designed and fabricated.

The earliest rapid prototyping equipment and additive manufacturing techniques had some limitations; they could fabricate only small parts and simple designs in small quantities. But the rapid prototyping methods have immensely evolved in the last three decades with CAD (Computer-Aided Design).

What is Raid Prototyping Process and Where It is Used?

As the name suggests, rapid prototyping is a technique used to develop a product's physical models within a short duration. Product development is a long process, but rapid prototypes help communicate product concepts with a 3D touch.

Each prototype is a refined version of the previous model. The typical prototyping process consumes a long time and delays the overall manufacturing process.

The rapid prototyping process starts with a simulation (CAD) of product design. Engineers and product developers create prototypes for visualizing, testing, refining, and redesigning the product in a short duration.

The rapid prototyping process is usually carried out on 3D printers and CNC machines. The CAD instructs the machine about the design, and the machine designs the physical version accordingly.

Rapid prototyping is most commonly used in industries that create custom parts. The manufacturers design rapid prototypes so that the product design can be shared with the client to represent the end product. As the physical design enables physical testing and visualization, it helps maintain effective communication at both ends.

Moreover, In some cases, the rapid prototyping process is preferred for the urgent development of a product in small quantities.

Some industries prefer rapid prototyping the part rather than buying a spare part from the manufacturing because the lead time is long or the spare part is expensive.

Is Rapid Prototyping the Same as 3D Printing?

3D printing uses three-dimensional computer-simulated designs and 3D printers for the physical development of parts. Despite being highly technical, modern tools have simplified the process.

The product development process becomes easier with the GUI (Graphical User interface), and almost anyone with basic technical abilities can use a rapid prototype.

Since the prototyping process has evolved, new techniques and processes have emerged. Moreover, the modern rapid prototyping equipment is more functional as compared to its earlier versions.

Let’s take a look at the tools and techniques used in rapid prototyping.

Raid prototypes can be developed after their CAD model is designed. The CAD instructs the rapid prototyper regarding the shape and design it has to craft.

Some of the commonly used software for manufacturing rapid prototypes are as follows.

As already explained, rapid prototyping has evolved, a variety of additive manufacturing have been introduced since 3d printing began.

Moreover, the computer-aided design is much more functional and efficient than its earliest versions. The rapid prototyping equipment varies with technology

the first step in manufacturing a rapid proto is to choose a suitable technique.

Some of the rapid prototyping procedures are patented with rights reserved, but due to weak copyright laws in several countries, the techniques are being used without permission.

Some of the extensively used rapid prototyping procedures are as follows.

Choosing a suitable prototyping technique depends on the type of application and requirements. Some of the commonly used techniques are as follows.

is a powder bed fusion technology. It uses nylon or polyamide powder for creating layers in the fabrication process.

The 3D printing with selective laser sintering uses a CAD and a high power laser to track where the layers have to be deposited.

Each layer is placed on top of the previous layer with the help of a roller. The unsintered powder can be used to provide support to the structure or be collected after designing and reused.

technology uses liquid plastic for creating 3D objects. A UV (UltraViolet) laser creates patterns on the liquid and solidifies it for creating a layer.

The laser solidifies the resin. One by one, each layer is created, and the structure is formed.

the technology works just like Stereolithography, except it uses conventional light sources instead of a laser. The technology uses micro mirrors to control the light directed on the resin for solidifying and creating layers.

the technology uses thermoplastics for creating prototypes. The thermoplastic is cut and shaped with heating elements, and each layer is developed.

Sometimes other materials are used for supporting the thermoplastic layers during the fabrication process and later removed.

Since some applications demand more robustness, special techniques and materials can be used if needed.

technology is also a kind of powder bed fusion. It operates somewhat like SLS.

It uses a high power laser and powder deposits for creating layers and building structures, but it completely melts the powder.

technology operates like SLM and SLS but uses metallic powder deposits and a high power electron beam for rapid prototyping.

The high power electronic beam melts the metallic powder for creating desired parts. EBM is expensive and slow as compared to SLM and has some limitations.

the technology involves the fusing of multiple layers using heat and pressure. The layer material can be paper or plastic with adhesive coated foils laid between layers for joining them. A heated roller runs over the layers and strengthens the adhesiveness between the layers.

A knife or a laser cutter then cuts the layers as per the CAD. In some cases, the LOM also involves drilling.

LOM does not involve any chemical procedures and can be used for rapid prototyping large products. Moreover, it is a less costly and fast technique of 3D printing.

technology operate like SLM. Both technologies use powdered plastic for creating layers, but their method of binding powder particles is different.

BJ uses a binding agent for fusing particles, whereas the MJ uses resin droplets for binding particles. MJ supports rapid prototyping of products containing both rigid and flexible parts that enable the manufacturing of complex parts.

Developing a rapid prototype using a CNC machine offers better finishing compared to other techniques. Moreover, it is fast and can be used for manufacturing large prototypes.

Injection molding is most suitable for bulk manufacturing.

The Injection molding process is like creating a mold with a cavity in the desired product's shape.

Once the mold is created, the molten material (usually plastic) is injected inside it and then cooled. The molten plastic attains the shape of the cavity, and the prototype is developed.

Injection molding is better than 3D printing for manufacturing a high-quality product.

The injection process penetrates deep cavities and hinges, which enables proper finishing. But rapid prototyping is slower than 3D printing and is expensive too.

It is suitable for the production of over 100+ prototypes.

Vacuum casting is commonly used for mass production of plastic parts in less cost than injection molding, while the quality is also comparable. This technology is also known as Room Temperature Vulcanization (RTV) casting.

The first step in vacuum casting is creating a CAD and then manufacturing a master prototype (using a 3D printer or CNC machine).

The master prototype is used for creating a mold. It is suspended in a container with liquid silicone.

Resin is poured in silicone mold inside a vacuum chamber, and molds are created. On average, a silicon mold can create up to 20 prototypes before expiring

Vacuum casting is suitable for mass production, but it is slow, and the finishing is good compared with other types of rapid prototyping. However, the process is comparatively inexpensive.

What Is Urethane Casting? [Everything You Need To Know]

Rapid Prototyping: Here Everything You Should Know In 2021

What Is Prototyping In Design Thinking [Fidelity Prototypes]